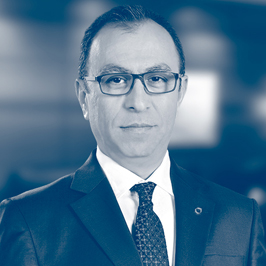 İbrahim Yelmenoğlu graduated from the Faculty of Political Sciences at Ankara University in 1991 and received his MS in Finance from the University of Illinois in 2003. Starting his career in 1987 at the Ministry of Finance, Mr. Yelmenoğlu worked at the Board of Tax Auditors in 1992. In 2004, he started to work at Koç Holding A.Ş. and served as Internal Audit Coordinator until 2006.

Following the privatization of Tüpraş and the transfer of 51% of Tüpraş’s shares to Koç Holding, he was appointed as CFO of Tupras and served in this position from January 27, 2006, to December 31, 2015. He was appointed as Tüpraş General Manager on January 1,2016.

He was born in Sungurlu in 1971, married with two children and speaks English. 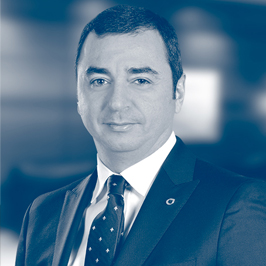 Doğan Korkmaz
Assistant General Manager
Details
He started his professional life with Koç Holding MT program in 1996 and started working in Arçelik A.Ş. Investment finance department at the same time. He held Corporate Finance and Financial Markets Strategist positions in Arçelik until 2007. In 2007, he became Treasury and Capital Markets Manager of Arçelik. In 2009, he became Finance Director at Beko plc, Arçelik’s UK subsidiary. In 2012, he became the Finance Director of Arçelik. Mr. Korkmaz graduated from Department of Business Administration at DEU in 1996. He has also completed his MBA program in Koç University in 2007 and Diploma in Global Business at Oxford University in 2013. As of 1 January 2016, he was appointed as Chief Financial Officer of Tüpraş. He was born in İstanbul in 1974, married with two children and speaks English. 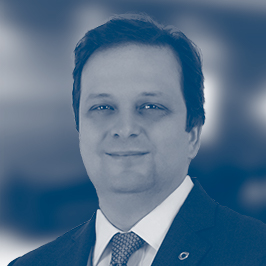 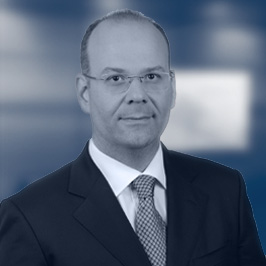 He started his career as a Management Trainee at Beko Elektronik in 1994. He worked as a Project Engineer at Koç Holding in 1997. He was transferred to Zinerji A.Ş. as Project Officer in 2000. In 2001, He became Project Manager at Koç Holding. In 2005, he was appointed as the Marketing, Investment and Group Companies Director at OPET Petrolcülük and in 2006, he became Supply and Technical Assistant General Manager at OPET Petrolcülük. He served as the General Manager of Entek Elektrik Üretim A.Ş. during the period from December 2010 to April 2016. He was appointed as the Assistant General Manager in responsible of Sales and Marketing at Tüpraş in April 2016.

He holds a Bachelor’s degree in Mechanical Engineering from Boğaziçi University. He received his Master’s degree in Management from Purdue University, Krannert Business School. He was born in İstanbul in 1969. He speaks English and French. 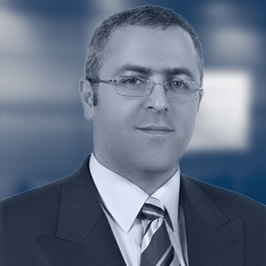 He joined Tüpraş as a process engineer in İzmit Refinery in 1993. During his refinery experience, he has held a wide variety of roles in units including FCC, CDU, VDU, Desulphuriser and Hydrocracker Units as Operation Supervisor and Operation Superintendent. In 2002, he assumed responsibility as commissioning superintendent in Isomerization Complex and in 2008 he managed the implementation of APC applications in Tüpraş. After being appointed as İzmir Refinery Production Manager in 2009, he became Batman Refinery Manager between 2013 – 2015 and Kırıkkale Refinery Manager between 2015 - 2017. As of 1 February 2016, he was appointed as Assistant General Manager for Technical Affairs

He was born in 1969 in Erzurum and married with two daughters. 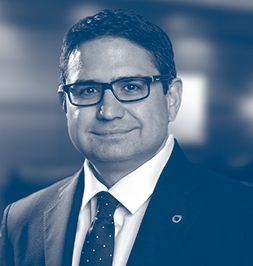 Atilla Ulusu
Assistant General Manager
Details
He started his professional life in 2000 as Ram Algeria Regional Sales Representative and he became Regional Director in the same Country as of 2002. In 2003, he was appointed as LPG Trading & Planning Responsible in Aygaz A.Ş. Following this position, he became Overseas LPG Sales Responsible mainly for LPG exports to Iraq and other East Mediterranean Countries. In 2007, he was appointed as Crude Oil Supply Coordinator in Tüpraş; and respectively he became responsible as Crude Oil Supply Manager in 2013 and Crude Oil Supply and Production Planning Director in 2015. As of May 2017, he was appointed as Assistant General Manager, responsible of Crude Oil Supply and Foreign Trade. He is graduated from Lycée Saint Joseph İstanbul in 1994 and Bilkent University Political Science and Public Administration in 1999.
He was born in İstanbul in 1975, married and speaks English and French.
METİN TÜFEKÇİOĞLU
İzmit Refinery Manager
Details

Metin Tüfekçioğlu graduated from Chemical Engineering Department of Hacettepe University in 1995. He took his master’s degree from Koç University Executive MBA program. He started his professional life in Teksmak Kimya as an Engineer in 1996. After working for this company for two months he became a Tüpraş family member in 1996. He held various positions in Tüpraş between 1996 and 2016 such as Process Engineer, Process Supervisor, Process Units Superintendent, Planning Superintendent, Planning and Sales Manager, Head Office Operations Planning Manager, İzmit Refinery Operations Group Manager. On 12 July 2016 he was appointed as İzmit Refinery Manager to Tüpraş. 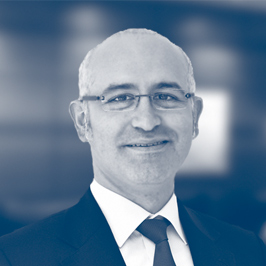 He started his professional life at Tüpraş İzmit Rafinery in 2006. He worked in Energy Production, Truck & Rail Loading Units as Operation Engineer and Energy Management Department as Process Chief. He was transferred to İzmir Refinery in 2010 and worked as an Operation Superintendent. He served at Technical Services Department of Tüpraş General Management as a Process Superintendent in 2012. Between years 2013 to 2015, he was in charge as Process Superintendent of Delayed Coker and Vacuum Distillation Units during the project evaluation, commissioning and start up phases of Residuum Up-grading Project (RUP) in İzmit Refinery. In 2015, he was appointed to Kırıkkale Refinery and served as Production Manager after September 2015. Arda Yıldırım, who served as the Kırıkkale Refinery Manager as of February 2017, was appointed to the İzmir Refinery Manager on 1 February 2018.

Arda Yıldırım is a Chemical Engineering graduate of Boğaziçi University and he has completed his MBA in Koç University in 2015.
He was born in Malatya in 1982 and married with one child. 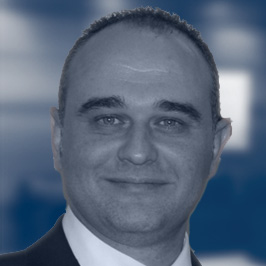 He started his professional carrier as technical services engineer at Ankara Akyak Trading Company in 1994. He joined Tüpraş in 1997 and served as Operations Engineer, Operations Supervisor, Operations Superintendent at Crude, Vacuum, FCC, Hydrocracker, Isomerization, Platformer and MQD units. He leaded the commissioning of isomerization Project in 2002 and GSIP Project in 2009. In 2011, Sinan Girgin was appointed as Production Manager to İzmit Refinery and he began serving as Refinery Manager of Tüpraş Batman Refinery in October 2015. As of 1 February 2018, he was appointed as Refinery Manager of Tüpraş Kırıkkale Refinery.

Girgin graduated from the Department of Chemical Engineering at Ankara University in 1994 and completed his M.Sc. studies in Executive MBA at Koc University in 2013.
He was born in Ankara in 1971, married with two children and speaks English 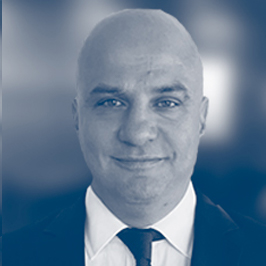 Murat Şimşek started his professional life in 2000 as a project engineer at Amity Oil International, which operates in the field of oil&gas exploration and production. During the years that continued until 2008, he worked within various petrochemical, pipeline, and refining engineering projects. In 2008, he started working as Investments Chief Engineer at Tüpraş İzmir Refinery, between 2010 and 2012 he worked as Head of Inspection Department at the same refinery. In 2012 he continued his career at Izmit Refinery  as RUP QA / QC Manager. From January 2016 on, he became Operational Reliability and Integrity
Director at Tupras Head Office. He was appointed as Batman Refinery Manager as of August 01, 2020.

He holds a Bachelor’s degree in Mechanical Engineering from Gazi University. He received his MBA from Koc University in 2013.

He was born in 1977 at Zonguldak, married with two children and speaks English.